Just over a year ago, I got an anonymous e-mail that said, among other things, this:

You honestly make me sick. Keep making money off your dead dad, your dying nephew and your kids. Keep taking trips for free while your 15 minutes are still here, because eventually, people are going to see the scum money grubbing famewhore that lies underneath the fake exterior, and you’ll be yesterday’s news. Here’s hoping that’s sooner than later. Go take another Ativan, cause that’s how you cope, right? 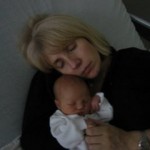 I Love The Smell Of Activism In The Morning

by Catherine
Categories, Causes, Fearless, Feminism, Rants, Road Trips, Tanner
Friday's as good a good as any for promoting a cause, right? How about two? Cause #1: If you're a Canadian woman, and you've had surgery, you might have been been given - while you...
Continue reading
0 Comments

“Who, If I Cried Out, Would Hear Me?” On Twitter, Tales And Tragedy

Mamas, Don’t Let Your Babies Grow Up To Be Monsters

A few weeks ago, I said this about Hollywood’s defense of Roman Polanski:

What message does it send to our sons when the rape of a young girl is dismissed as something that is not that bad? What message does it send to the would-be Donalds of the world? To the would-be Roman Polanskis? To all the boys and men (and, yes, perhaps, women) who would grab and grope and hurt and rape, and to all the boys and men who wouldn’t? That sometimes, it’s okay? And that even if you wouldn’t do it, you shouldn’t necessarily condemn someone who does grab or grope or rape… who? Your sister, your mother, your wife, your lover, your daughter, your child?

I could not have imagined, when I wrote those words, that one might also have added this suggestion: that it’s okay to stand by and watch as a young girl gets gang-raped.

The First Thing We Do, Let’s Kill All The Reality Shows

Now that the whole bizarre, decidedly non-Roald Dahlian saga of The Boy Who Sailed Away In The Balloon has been examined, investigated, and revealed to be a hoax – a hoax designed for the seeming purpose of securing a reality television deal – we can get down to the important issues. For starters: finally admitting, as a community, that putting families on reality television is a bad, bad thing. If the allure of getting cameras into one’s household compels even one deranged parent to fake sending their kid into the stratosphere in a duct-taped helium balloon aircraft, can’t we say with some confidence that this has all gone a little too far? Can we now start calling for an end to reality TV shows that feature families with children?

Richard Heene, apparently, wanted so badly to be Jon Gosselin that he contemplated launching his kid into space in a homemade aircraft. Thankfully, he settled for just pretending to launch his kid into space, but still: the fact remains that the allure of the lower-order fame and wealth that attend reality television notoriety proved so irresistible to this man (and, presumably, his wife, although the extent of her complicity remains uncertainty) that he recruited his children to participate in a scam that would make hardened grifters shake their heads in disapproval.

Heene is an outlier, we might say; an extreme example of what can happen when people get caught up in a desire for fame. And his children didn’t really get hurt or anything: sure, they got caught up in their dad’s scheme, but no-one actually sailed away in a balloon, and end of the day, all that happened was that they were induced to lie.

Snips And Snails And The Unbearable Heaviness Of Roman Polanski

When I was thirteen, a boy named Donald approached me in the schoolyard and told me that I looked like a boy. “I bet you are a boy,” he said. “You have no boobs.” I flushed and moved to walk away, but he clutched my arm and held me there. “I’m going to feel them to see if there’s anything there,” he said, grinning, and then he grabbed at my chest and squeezed, hard. I pushed him, turned on my heel, and ran while his laughter rang in my ears. It still rings, even now, when I think back on it. I can still remember exactly what it felt like, that day; I can still feel my chest stinging, and the hot flush of humiliation on my cheeks, the tears burning a trail down my face and dripping off my chin, the lump in my throat choking me, making it hard to breath. Boys are terrible, I thought at the time. Boys are terrible, awful, horrible things and I will never let one touch me again.

I was thirteen years old. I got over it, sort of, just as I kinda sorta mostly got over being grabbed and touched and groped by other boys and men in the ensuing years of my girlhood and young womanhood and not-so-young womanhood. How many times did some guy get too aggressive? How many times did a stray male hand wander across my chest or my ass or my thigh? How many times did I have to shove some man away? How many times did my cheeks flush and throat constrict and heart pound as I shouted or croaked or whispered, no? Too many times. This, too, for almost every woman I know: too, too many times. But the worst still remains that first time, in the schoolyard, when I was thirteen, when I didn’t know, yet, what attention from the opposite sex was supposed to feel like. When I was still a child. When it had the power to ensure that I would forever be made just a little bit uncomfortable by any but the most welcome male attention. When I was still a child.

When Samantha Geimer was thirteen years old, Roman Polanski drugged her and anally raped her. He did this when she was thirteen years old, when she didn’t know, yet, what attention from the opposite sex was supposed to feel like. When it had the power to ensure that she would forever be scarred, forever terrified by any but – maybe – the most obviously benevolent or harmless male attention. When she was still a child.

She did not, I imagine, get over it.

It’s My Motherhood, And I’ll Celebrate It If I Want To

When I saw the headline, I rolled my eyes. “The Case Against Having Kids.” WHATEVER. Haven’t we heard this all before? That children are overrated, that parents have superiority complexes, that motherhood is an epic social scam, that children are more environmentally destructive than SUVs and air travel and Crocs combined, that life is just that much more pleasant without the stench of diapers and the din of Barney in the background?

Like I said, I rolled my eyes. These are not new arguments. These are not particularly interesting arguments. Some people don’t like the idea of having kids, so? They should just not have kids. I actually feel quite strongly that people who really, emphatically don’t like children and/or who believe themselves incapable of caring for children should not have children. And those who do like children – or who believe that they would like their own children – and who believe themselves capable of caring for them, well, knock yourselves out. To each her own.

But some people, it seems, feel quite strongly that the case for childlessness – and by extension, the case against parenthood, which, for all intents and purposes, is actually a case against motherhood – needs to be asserted more emphatically. Why? Because according to some, parents – which is to say, mothers – get undeservedly good press. Such undeservedly good press that unassuming individuals might actually get conned into motherhood without fully understanding what they’re getting themselves into. They might actually get tricked – by, say, seeing how good Kate Gosselin has it, or by noticing that Madonna became so much more likeable after becoming a mom – into thinking that this motherhood thing is the key to feminine fulfillment and social esteem. Because, you know, moms have it so awesome. Who wouldn’t want a piece of that?

This is where I stop rolling my eyes.

Moms (and dads) do have it awesome, of course, but not in the way that the ‘Children: Just Say No’ people think. The awesome of parenthood, the reward of parenthood, is the intangible and immeasurable joy of the children themselves. It is not increased social esteem (more on that in a moment) or some abstract sense of accomplishment (other than that which is contained in the aforementioned intangible joy); it’s the kids, dammit. The kids are awesome. Everything else is pretty much really f***ing hard. Maybe not for everybody, but for most of us, most of the time, parenthood is hard. Even when it’s awesome, it’s hard. Anything that involves cleaning up so much shit is hard. Anything that puts your heart so at risk is hard. Anybody who doesn’t have at least an inkling of this going into it deserves the shock that they get.

But the ‘Children: Do Not Want’ advocates must know this, right? I mean, they don’t want children, and they don’t want children, presumably, because they’ve looked in the parenting shop window and decided that nothing inside warrants the prices charged. Or they just don’t like children, full stop, in which case any discussion about the costs and benefits of parenthood is about as relevant to them as is a debate over cheeseburgers to a vegan. So why all the whinging about what good press parenthood – again, we should just resist playing coy and call it: motherhood – gets, and all the hard-selling on rejecting parenthood? Well, apparently, any positive attention paid to mothers, any social legitimation of motherhood, amounts to a delegitimation of the choice to not have children. Which is, apparently bad. Because this is a feminist issue, ladies: beware those who would praise motherhood, who would indoctrinate you into the cult of motherhood, for they would drag you back to the dark ages and shackle you to the hearth and force you to reproduce and bake bread until you die.

This, obviously, is where I call foul.

They Shoot Wet Nurses, Don’t They?

by Catherine
Fearless, Rants
Her name was Laura, and I nursed her baby. We had met, initially, at breakfast and immediately hit it off. We sat down with our coffees and immediately got swept up in a conversation that...
Continue reading
502 Comments
Older Posts