Mothers Day, Before And After

It’s past midnight on Mother’s Day.

My Facebook feed has undergone metamorphosis: family photos and glowing tributes replace videos of animals taking baths and the most recent Trump meme. Shit just got heartfelt, price with a side of you go, Mama. It’s the same every year — sure the meme changes and the animal tricks may be original, but ultimately, The Mothering Hour arrives, and it’s all about appreciation, intimacy, bonding and support.

For twenty percent of my life, Mother’s Day meant nothing, except an awkward in-class explanation of why my grandmother would be joining us for tea and strawberry shortcakes, or why I wouldn’t be going out for brunch, or why I didn’t need to make a card. Later on, it got so that I just quietly made the stupid card for another family member — knowing I was breaking the rules and I might get in trouble for it — sloppily drawing gigantic, glaring hearts around the Daddy or misspelled Granma. See, my mom moved out when I was two, and due to a chain of events that I can’t confirm and someone else’s story that I won’t share, I grew up knowing that I had a mom somewhere else and she wouldn’t be with me for Mother’s Day.

When you’re a little kid, living in the sole custody of an unpredictable abusive father, you throw that mother on a pedestal and yourself on a pike. You believe that the hits and burns and screams and lock-downs are necessary because you’re a bad kid, and your mom? Well, your mom knew. And she got out while she could because you, frankly, didn’t deserve her.

When you’re an older kid, you’ve wisened up enough to get out from under the abusive father’s fists. But maybe not enough to register that you most certainly did deserve to have a mom. Then you grow up a titch more and it comes to you suddenly, snuffing out the little flicker of what childhood fantasies remained: she already knew. You didn’t just need to be better to make her want to mother you. She just didn’t. Or couldn’t.

Either way, she didn’t. 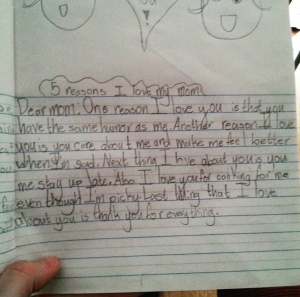 Mothers’ Days have been tricky. Do I get my hopes up that this year’s teacher will be gung-ho, or will it be like the year that Mother’s Day wasn’t even mentioned? Will my ex make sure that I have a Starbucks gift card and scraps of paper with child-scrawled proclamations of love and appreciation? Should I just buy myself something? Why even bother, when we all know what I’m merely playing a role (poorly). Do I post on my mother’s Facebook wall? Or send an ecard? Maybe a nice Shirtless Ryan Reynolds meme will perfectly express the lack of attachment and dutifulness I feel in her direction. Oh fuck. Should I send a gift or note or ecard or double-batch of sugar-free vegan brownies to my ex’s mom — even though the existence of such a dessert adds another layer of frost to my heart, right over-top the one created by kale-fanatics?

I don’t know what the proper mannerisms are, for Mother’s Day. I could use Dear Abby’s opinion, but I don’t think she’s available any more. So I accept the sometimes free coffee and card, and I post a cute sentiment or note online, and I turn up the warmth a little bit. Because that’s how I grew up, believing that expressing affection meant not completely freezing people out.

Being a mother is a bisected experience for me. There’s Before and After. The twins. Before, I parented from the brain. I used logic and democracy, a little bit of manic drama, truth and justice. I read shit, you know? Too much, for the first year or so; just enough for the preschool and primary years. My daughter was strong, self-assured, independent and unique as hell. I did good.

I drafted into the Cortisol-Enhanced Method of Parenting. Therein, one gets so fucking stressed out, repeatedly, constantly pushing more cortisol into their system, living in this perpetual loop of putting out fires (metaphorically. Put your phone down. No one’s on fire), fuelling the fire-starters (they still can’t reach the lighter at the top of the bookcase, don’t worry), and collapsing into a stagnant fucks-bereft pile at the end of the day.

When you live like that, you have no reserves left to proactively parent. You worry about whether he’s tearing fifty hairs out of his twin’s head while she’s about to dump a glass of juice on the laptop before you worry if your older daughter — the independent one you didn’t have to worry about? — is getting lost (seriously. No one needs protection here, I’m being metaphorical. Hang up the phone and take CPS off your fave screen) and self-conscious and weary. Or is she depressed? Shit. What if she won the family gene pool and the bipolar’s kicking in already? You worry about everything all the time, so much so, that you can’t parent from a place of normalcy because it always feels like there’s another danger looming.

Before, my only actual parenting philosophy was to do the opposite of my parents: no abuse, no abandonment, no belittling, no trapping, lots of choices and natural education. Lots of embracing of life, avoiding the shadowy bits where I grew up. Anything else? Game on. Let’s figure out what works and keep you happy and safe.

But we live in the After, now.

We’ve been fighting a lot lately, the older kid and I. Like, a lot, a lot. Daily. Multiple times a day, sometimes, we bicker toward each other in a married couple sort of way. Lately, I don’t even consider that arguing, because she has so often unleashed near-rage, or Mean Girls-like cattiness, and I wonder when she’s gonna go all Heathers on me. I really regret that she is gifted in the proper use of sarcasm. And that I gave her those glaring genes.

A week ago, I was on an elliptical trainer, describing the argument from the night before. It feels disloyal and wrong to do so, like I’m gossiping, but I needed to get it out, so. I was ashamed because she was asserting her supposed authority by refusing to go to bed and all of that Cortisol, man, you know? I snapped a bit and told her to get into her fucking bed. Long gone are the days of autonomy; now, I say, “I don’t really care if you don’t want to do X, this is what’s happening.” I say, “I am the mother and you are the child. I make the decisions,” with punctuated pointing. I’m basically Ms. Trunchbull.

My friend, ever so casually, diagnosed it as just the age. She’s almost ten, which is almost a teenager. (Which means synced menstrual cycles. Oh god.) She’s testing (constantly) her reigns, she’s moody, she emotes all of the damn time and she could literally garner an Academy Award for the ability to shed a tear, now.

My friend, ever so casually, tried to remind me of this age. Of the need to argue and feel everything so damn deeply, to attempt alpha status, while still wanting to be a child. Don’t you remember that? Fuck no, I don’t. My kind of father didn’t really allow for this kind of behaviour (which is probably why it’s been hoarded and I’m so damn full of angst).

When I explained why, she got it. She got it. She knew why there’s a four-foot high barrier between us right now, and what built the thing that’s stood in my way for the past nine years, and why the hiss of the word imposter is spit out in my brain every Mother’s Day. Why I felt selfish while two of my children are in childminding, and I’m slogging miles in a gym that I use in a sad attempt to attain any identity other than mother.

Turns out, you have to be able to shed your own tween angst at ten, so that you can recognize it. (So that you’ll stop assuming it’s a thing that only happens in movies.) And you have to have someone to battle with throughout the shedding. Best: growing up, you have to have one or more maternal figures around, to demonstrate to you how to be one later on. I’ve been someone’s child for 100% of my life, but for twenty-eight percent of it, I’ve only ever been how not to be a certain kind of mother.

Things changed the moment my friend looked over and said, “oh yeah. I guess you’ve never experienced this at all.” I wonder what else I’ve missed because it wasn’t demonstrated in front of me. Because I wasn’t a participant. I wonder if this is why all of those boyfriends’ moms didn’t like me. I wonder how I’m going to change it. I wonder if I can allow her to do-over the tween angst that I’ve just tried to stifle so far, without supporting the attitude she delivers with it.

So I’m going to start watching other moms and maybe assume that normal developmental challenges happen, before I assume that I ruined my children. And later this afternoon, she’ll come home from her other parent’s house and it might be just like any other day, just like some other Mother’s Days have been before. Or she could have made me another card and I could really appreciate that she writes ‘best mom ever’ and doesn’t disbelieve it (at least some of the time). Maybe I can start feeling good about that. 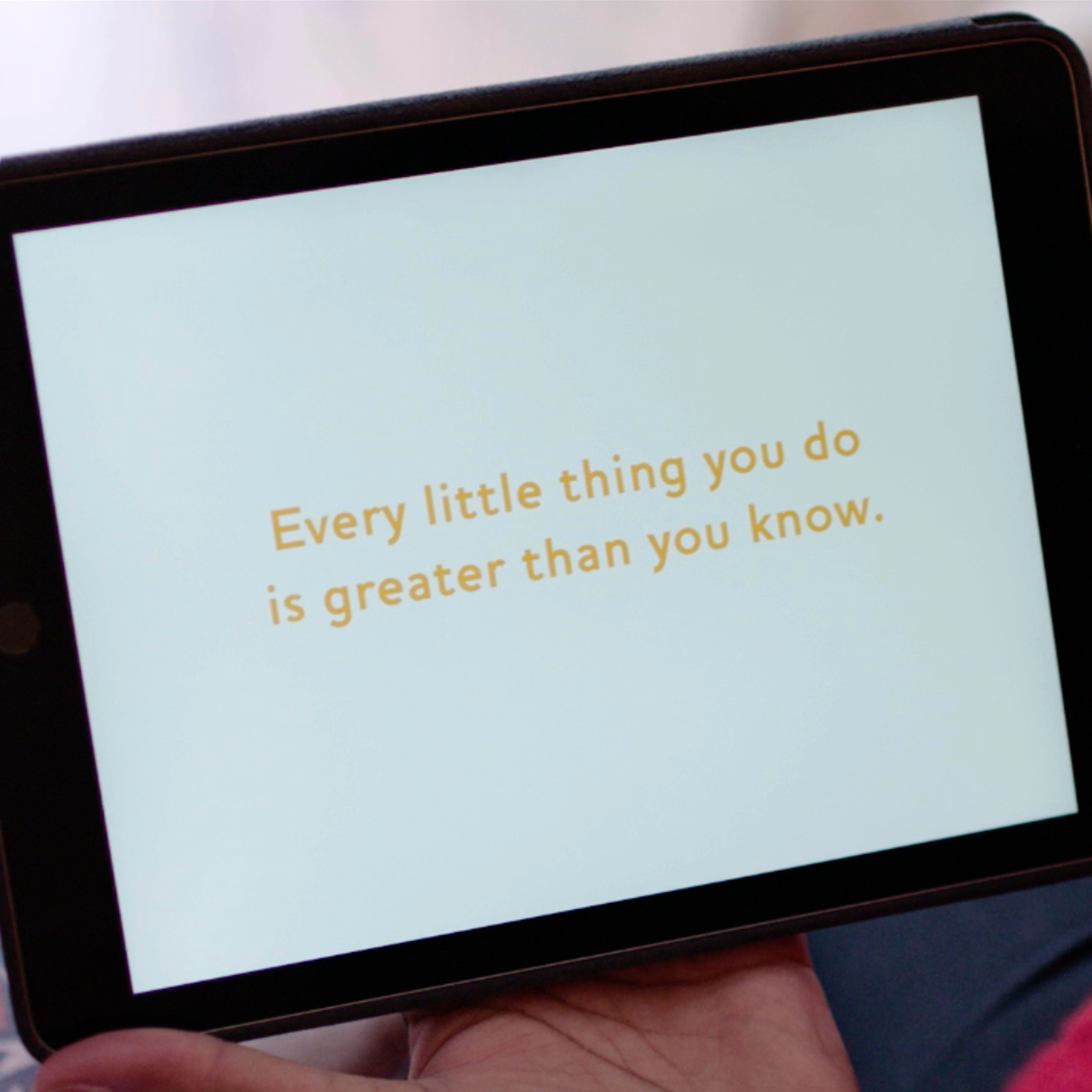 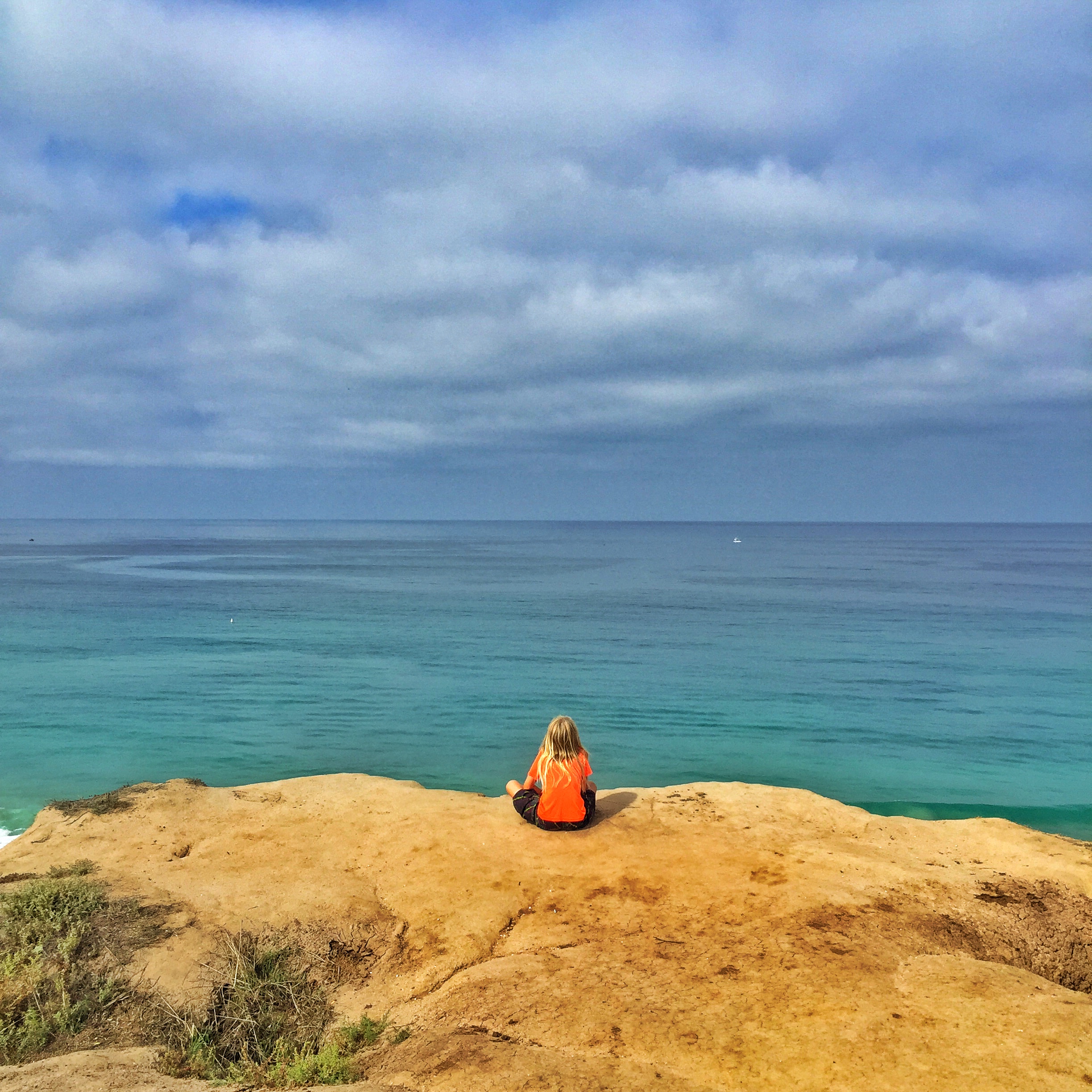