I’m not the kind of person who consults gift guides, as a matter of practice. Mostly because I find it hard to believe that there’s anyone out there who would have a fix on exactly the types of gifts that I would tend to buy (or, for that matter, want to receive.) I mean, I’m a complicated person, with complicated tastes, and I have a complicated family and circle of friends, and I have complicated children. So. When I’m trying to figure out gifts, I’m not going to take advice from just anybody. I need somebody who understands me. I need somebody who knows how my mind works.

I know – you didn’t know that I knew Brainy Smurf, did you? Well, I do. We know each other from the academic conference circuit. He was a fan of my work on discourses of motherhood in political philosophy (not having a mother, he found my hypotheses about the discursive marginalization of mothers fascinating. He’d never noticed that mothers didn’t tell stories about family in the public space because there were no mothers in the public Smurf space) and I thought that his essays on the semiotics of the color blue were cutting edge work. So, yeah. We bonded.

As it happens, Brainy doesn’t do gift guides, because Brainy doesn’t have access to shopping malls or Amazon – when he has to come up with something for a Smurf gift exchange, he whittles a puzzle out of Smurfwood or something. But Brainy Smurf is, I think, a good inspiration for gift ideas, because he is so very, very brainy, and also small, with small hands, which means that anything that would be appropriate for him would also be appropriate for a very clever six year old. Or for a forty year old who is tired of technology and would really like to curl up in a corner with some scrolls and parchment and ink.

So, in my planning my own shopping list for gifts this year, I asked myself: What Would Brainy Smurf Do? (Well, what would he like? Or buy? If he had a credit card, that is, which he doesn’t, so.) And here is what I came up with:

The Cat In The Hat (in Latin): Smurf children don’t, as a general rule, read Cat in the Hat, because Dr Seuss isn’t quite the thing for Smurfs that he is for us, but I like to think that if Brainy Smurf read the Cat in the Hat, he would insist upon the Latin translation. (I’m sure that he would also approve of Winnie Ille Pu, but for entirely different reasons, mostly related to Eeyore, who really is quite a compelling character, especially in Latin.) 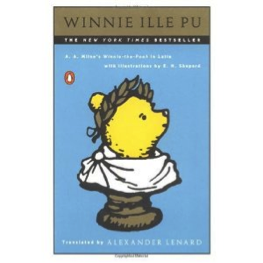 Encyclopedia Britannica. Brainy once told me that every Smurf family has an encyclopedia set. Which makes sense for Smurfs, because they don’t have Google. We have Google, of course, and Wikipedia, and Encyclopedia Britannica Online, but still. Isn’t a hard-bound collection of encyclopedia cool in its own right? When I was little I spend hours flipping idly through encyclopedia discovering random facts about apples and Albuquerque and aardvarks. Sure, the Internet has StumbleUpon, but it can’t match the experience of just flipping through volume Aa – Ba. (In case you’re wondering, no, there is no entry for Smurfs, and yes, Brainy is bummed about that.) 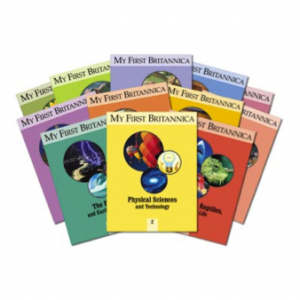 Solar System. You know those solar system models that you can hang from your bedroom ceiling? Brainy once told me that he made one of those for himself. And Emilia in particular is fascinated by the planets and is constantly declaring it unfair that she cannot see them all in the sky. The ceiling is not quite the sky, but it’s close. And because I, unlike Brainy, have a credit card, I can just buy the darn solar system instead of making it from scratch. 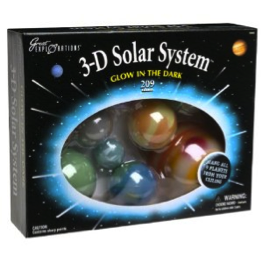 Telescope. You know what brings the sky closer than your very own ceiling? A telescope. I’m pretty sure that Brainy built his own; my kids are quite there yet, so I’ll just buy one. 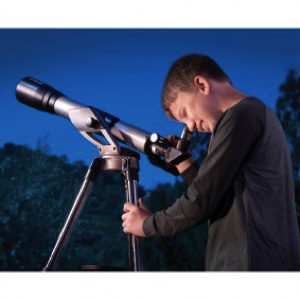 Set of notebooks and pencils. Smart Smurfs need to be able write down all of their ideas, and Smurfs tend to not have iPads, so they use pencils and paper. And the beauty of a notebook and pencil is that the Angry Birds application generally isn’t downloadable to that kind of device, so distractions are minimized. (I might need to consider putting these on my own gift list. Not because I don’t love the Evernote application on my iPhone, but because I love it too much.) 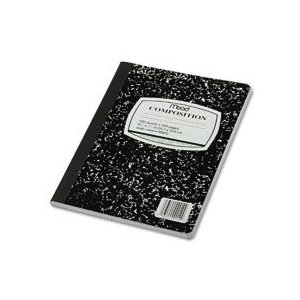 There are, you might have noticed, no gadgets or tablets or tech-whizzy goo-gahs on this list. This is because the smart Smurf knows (and I do owe this insight to Brainy) that wisdom does not correspond to technical skill (the Greeks knew this too, by the way – the distinction between episteme and techne – and they probably even knew it before the Smurfs. I think.) And as much as an iPad represents a wonderfull convenient distraction for a smart small person – and even a smart distraction for a small person – it is not enough for smart small people. Or big ones. So. NOTEBOOKS IT IS.

Now, let me hear your gift ideas for a Smurf with “smarts.” The Smurfs will be donating a The Smurfs gift pack (toys and backpacks) to Toys For Tots for the best, most creative gift idea recommended here (I get to choose) and will also share your suggestion to Smurf lovers everywhere via The Smurfs Twitter account.

(Brought to you by The Smurfs on Blu-ray™ + DVD Holiday Combo Pack! Includes the never-before-seen The Smurfs Christmas Carol, an all-new Smurftastic adventure! Get more at http://www.smurfhappens.com/, including games and other Smurfy goodies!

The Smurfs are sponsoring this article, but all the gift suggestions and opinions are my own. Not Brainy’s either, obviously. He doesn’t have the Internet.)

(Also, contrary to appearances, Brainy and I don’t know each other from New York. He was only here for the Smurf movie shoot, and maybe one or two academic conferences at Columbia and NYU. Otherwise, we’re strictly old ‘hood homies. FYI.)