This Week In Joy 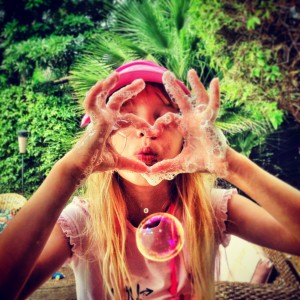 The other day, I wrote in this space for the first time in almost exactly nine months. Nine months is a long time, as anyone who has had a baby can tell you. When you hit nine months on the pregnancy calendar you are pretty much done, regardless of how much longer it actually takes, which it often does. When I hit the nine month mark with Jasper, I told my doctor that if she didn’t do something about getting the massive baby-creature out of my belly, I would do it myself, with kitchen utensils. Granted, he was already over 9lbs at that point, but still. Nine months is a long time to hold something inside you.

The pregnancy analogy doesn’t fit my nine month experience perfectly, not least because I didn’t know that I was holding something inside of me that needed to get out. If I was figuratively pregnant, I was one of those clickbait pregnancy stories (‘This Woman Didn’t Know That She Was Pregnant Until She Popped! You Won’t Believe What Happened Next!”). I can’t say that I had no idea – I felt the pulls and tugs and Braxton-Hicksy movements – but it wasn’t enough for me to be able to say with any certainty that there was a word-baby waiting to pop out. I honestly thought that it was possible that I’d never write here again (why I felt that way is a story for another time.)

And then I did. It was waaaaay easier than childbirth, and felt like almost as big an accomplishment. (Almost.)

Anyway. The post that I ended up writing covers a few of the triggers that got me to write again, but not all of them. I’ll tell that story another time. For now, just know that I needed this. And that part of what I need to do as a writer going forward is use writing as tool for my own mindfulness, as a means of keeping myself grounded and my mind clear. And for reminding myself that the world is an extraordinary place, full of light and hope and opportunity and joy. To that end…

Some Things That Brought Me Joy This Week

2) This post by Rebecca Woolf. I mentioned this in the post that I wrote the other day, but her piece on celebrating the girliest impulses of her girls (and the complicated inner conversations that attend that) just sang to me. Both because it reminded me of some of the robust feminist interrogations that used to characterize our maternal storytelling in this space (and made it clear to me that they still do), and because it just. so. resonated. Now I’m dying to dive into those stories myself. Again.

4) Gentle Giant Of The Day on Instagram. You might not like big dogs, but I do. I really, really do. Oh, god, so much. The bigger and goofier and slobbier the better. I check this feed compulsively and heart every single one. Sometimes I say super-dumb things like ‘STAHP’ and ‘I CANNOT EVEN.’ But seriously. OH MY GOD THE PAWS.

5) Drinking coffee from an Animal mug. Outside. Because I live in Southern California, and I can. (Sorry, coldsters. I really do feel very smug about this. I feel for you, too, of course, because WOW, the cold in the cold parts of everywhere sound HORRIBLE. But still.)

Also, have you seen my Animal mug? 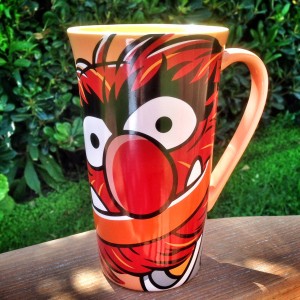 6) Ms. Marvel. I ordered multiple copies of the first issue this week, because I want one for me, one for Emilia, and one to keep on hand just in case something happens to the other two. And I’m not even a comics person. I just think that this is one of the best things that Marvel has done, like, ever, and I’m proud by association (one or two degrees of, but still.)

8) Making the decision to don a tutu once more and run for Tanner. In this race, this fall. (I am actually pulling together a team for this. If you’re interested in joining – you can be Tutu Hulk if you want – send me an email.)

9) The desert. We head out (again, again) later today. It’s my happy place. Again, another story for another time, although anyone who follows my Instagram feed probably knew that even before I did.

Nine joyful things. And I didn’t even count the friends who made this week even better, or my new books on meditation (I am interested in meditation, which means that I will read about it and not do it), or the fact that Emilia has decided to become a wizard.

How much joy can you count? You can use both hands if you want.