Because, they say, it would be an inspiration to all girlkind. And because years and years and years of pretty much only men as world leaders and “seriously, again, 5 billion, like, old guys?”...
Continue reading
0 Comments

The Point, However, Is To Change It: On Making A Difference

by Catherine
Living On Video
I talk to Ana Roca Castro about using technology and social media to change the world - about how you build community online and off, erectile sale how you use these tools to...
Continue reading
0 Comments

by Catherine
Living On Video
I think that it's important that you all know that when I shot this video, the plumber was just up the stairs finishing the installation of our new bathtub. That I was not remotely...
Continue reading
0 Comments

Music To Change The World By 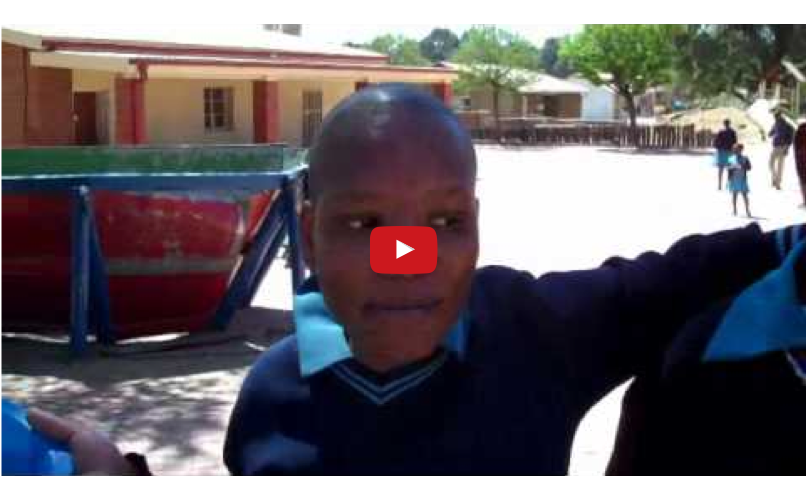 The Beauty Of Heartbreak

A few weeks ago at SXSW in Austin, Texas, the lovely Karen Walrond sat me down and asked me a few questions about heartbreak. Not about the sad and the terrible and the woe-is-me of heartbreak, but about the beauty of heartbreak. And it was a wonderful and, I think, important conversation, because there is beauty in heartbreak, such that it’s actually misleading to call that exercising of the heart a break. The heart never really breaks. It pulls and stretches and moves and expands, and that movement can hurt terribly, but it’s not a movement toward breaking. The heart is not bone or ceramic or glass, Debbie Harry’s assertions notwithstanding. The heart, as I’ve said before, is a muscle. Its movements are extraordinary, even when they hurt. I needed to remind myself of that.

A Word Cloud Is Worth 49 Words 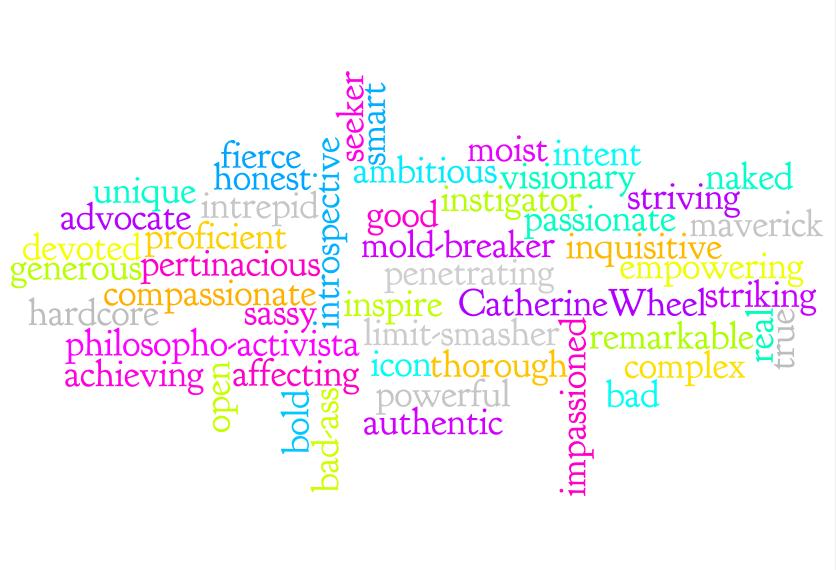 My One Word, wordled. Or rather, my 49 One Words, as decided by you (duplicates were eliminated) and then transcribed into Wordle for the purposes of making a word cloud, which is so last-month-media, but still. Note that I opted to include the word ‘moist,’ despite my deep aversion to it, for the simple reason that a) it was suggested, and b) human beings are 98% water, so it’s probably accurate.

There were some words that were suggested a few times over – open, honest, impassioned/passionate, smart, strong – and I love those words. I also love Catherine J‘s suggestion of ‘Catherine Wheel‘ – which strictly speaking isn’t one word, but two, unless you hyphenate it, which I think that you can do with any words, really – and Annie‘s coinage of ‘philoso-activista,’ which I – being a transliteration-of-ancient-Greek geek, tweaked as ‘philosopho-activista’ – and Alli‘s sensible insistence upon ‘complex’… I love all of these words, really, with the obvious exception of the word ‘moist,’ and can see using all of them. But after reflecting upon all these words, and the ones that I had jotted down, secretly, in my Little Black Notebook Of Words That Don’t Go On The Internet, I settled upon this:

She’ll Be Coming Down The Mountain

by Catherine
Living On Video

I am sometimes told that I come off as intimidating. This always surprises me, because I’m pretty convinced that I’m a giant dork, which, I know, is what everyone says, but still: in my case it’s absolutely one hundred and sixty seven percent true. I mean, I have spent pretty much the entirety of my life so far – with the exception of the times that I was doing this stuff – huddled in corners reading books and scribbling stories and that, my friends, is a sure-fire way to grow up with no life skills.

Life skills like, agreeing to do things like ‘ride a zip line’ without knowing what a zip line is (the evidence presents itself about a minute in):

The Little Trampette Dances Jigs Of Love And Sorrow

Have Doritos, Will Travel

by Catherine
Moving Images, The Husband
My husband made this commercial. It's kind of what he does, but this is a little different, because it's something that he did on his own, with a partner, instead of with a massive...
Continue reading
0 Comments