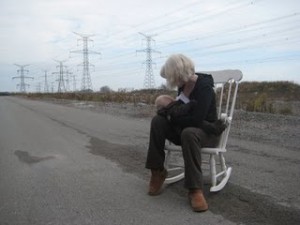 But some would argue that I’m not a breastfeeding activist. I am, according to certain arguments, a bad breastfeeding citizen, perhaps even an enemy of the breastfeeding cause. In this view, all of the work that I’ve done to support the nursing cause amounts to zip, diddly and squat, because I work for a media property – the one that I’m moving to New York for – that accepts advertising from formula companies. The money that I earn is, on this view, “blood money,” because it comes from a company that accepts such advertising. Formula advertising is, after all, indisputably evil, because formula itself is evil. So. You can’t, according the parameters of these arguments, be a breastfeeding activist if you’re not against formula, never mind accepting blood money – blood money, you guys – from companies that aren’t opposed to formula. You’re probably evil if you do this. I’m evil. I should probably just accept this.

Because herein resides the problem: I’m not against formula advertising. I’m just not. (Continue reading this post at Bad Mother Confidential. The conversation is kind of raging there. That’s kind of awesome, but also kind of headbursty. So if your head cannot take any unexpected bursting today, consider yourself warned.)

I Don’t Take My Shirt Off For Just Anyone, You Know

We Are All Habiba