The Work Of The Heart

I barely wrote a word last week. Part of it was, I was exhausted. Exhausted in body, exhausted in soul. I had thought that I could land back in America and just hit my usual stride, not missing a beat. Well, maybe one or two beats, beats that I would skip-hop over with some poetry and deep thoughts about the vast distances I had covered, but still. I thought that I wouldn’t stumble.

I did stumble, because coming back was more difficult than I’d thought. It was difficult for the usual reasons – jet lag, soul lag, heart lag – and for some reasons entirely unrelated to the trip. The day after I came back, Kyle and the kids left. It was only a week – only a week – but following, as it did, the long long week in Uganda, it was a hard week. It was hard, because I was so emotionally overwhelmed from the trip and my heart just couldn’t take any more discomfort. It was hard because I’d already gone a week without seeing them. It was hard because I missed them.

It was hard because I felt guilty.

I’d left them to go to a far off place. I’d be leaving them again – two, three times before the month was out. And even when I wasn’t traveling, I was – am – working long hours, coming home late, leaving early, missing things. And then I’d gone to Africa, to meet other moms, to fret over other children, to have my heart clobbered by the lives of others, and left my own children behind, only to return and have them leave me. Which is putting it the most over-dramatic, self-pitying terms, but that’s how I felt. Feel, in my more unguarded moments.

It was this extreme guilt – ‘mommy guilt’ is the term I’ve heard others use – that kept my stomach tangled in knots all week. It was this guilt that aggravated my reaction to the whole Hilary Rosen/Ann Romney debacle, to the resurgence of the so-called ‘mommy wars.’ (“Mommy Wars gone thermonuclear,” I said in one interview last week. “That’s what happens when you add the dynamite of politics to the mix.” If anyone noticed that dynamite and nuclear weapons don’t make a neat metaphorical package, they didn’t say anything.) That, and the fact that I’d drummed up that guilt by spending a week among mothers for whom the distinction between ‘work’ and ‘motherhood’ would make no sense at all. All mothers in Uganda – all the mothers that I encountered, anyway – are working mothers. They’re not putting on business suits and going to offices, most of them, but they are working. Hard. Harder than you or I could ever imagine. They’re working to get food, water. They’re working to stay alive, and to keep their children alive. They’re working to raise their children in communities torn apart by war, a war so horrible that I’ll be trying to erase details from the stories that I heard for the rest of my life.

They are all working mothers. We are all working mothers. What unites us is our motherhood, which – despite the fact that it does involve so much work, work of hands and hearts and souls – is so much more than work. Which is why one could argue that it is absurd that we argue about these things. One could, but one shouldn’t. Because as long as any of us feels that there’s something to argue about, we need to keep to working it out. We need to keep reminding ourselves that it’s not that simple, it’s not so simple as choices, and some moms do this and some moms do that, and all motherhoods are created equal. Because it’s not, and it’s more complicated than that, and they’re not. Concey in Kampala works harder than I ever will, and it’s possible that I work harder than Ann Romney ever did – although it’s possible that I just feel guiltier than she ever did – but to consider things only in those terms obscures the bigger picture, which is this: we love our children, and that love strains and taxes us as much as it lifts and lightens us, and the work of that love is universal, even though we experience it differently, even though we live it under different circumstances, even though it takes different shapes – some lovely, some terrifying – it is, still, universal, because it is love. 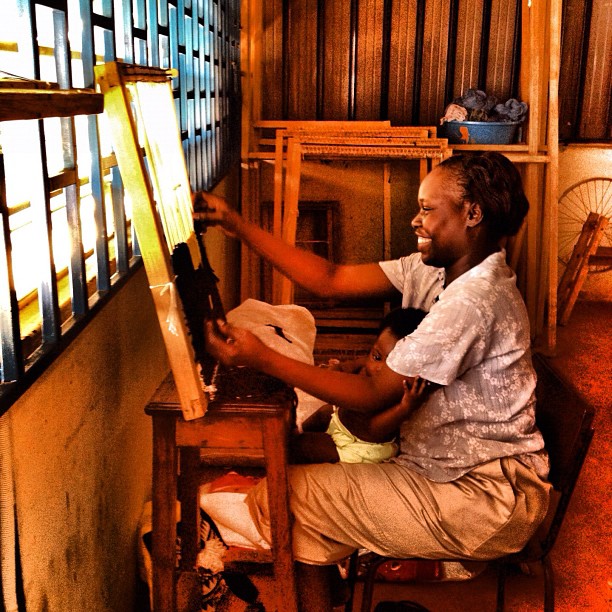 Anyway. Even this reduces it, simplifies it in ridiculous ways. Even this fails to get to the heart of things. Which is why, I suppose, we must just always keep talking it through. Maybe that way, someday, we come to some sort of understanding.

On Being Mom Enough — To Have The Conversation That TIME Started

It Was The Sound Of A Crescendo